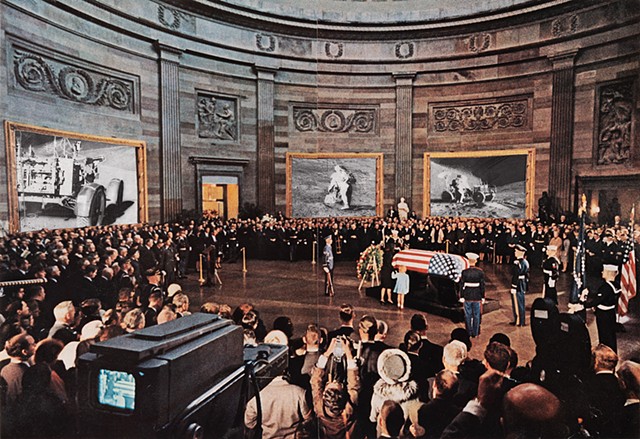 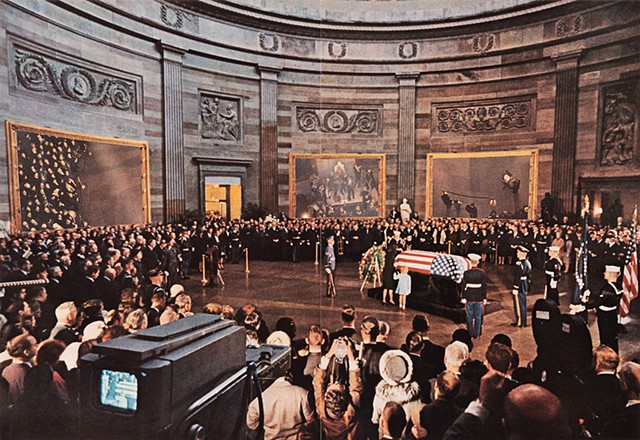 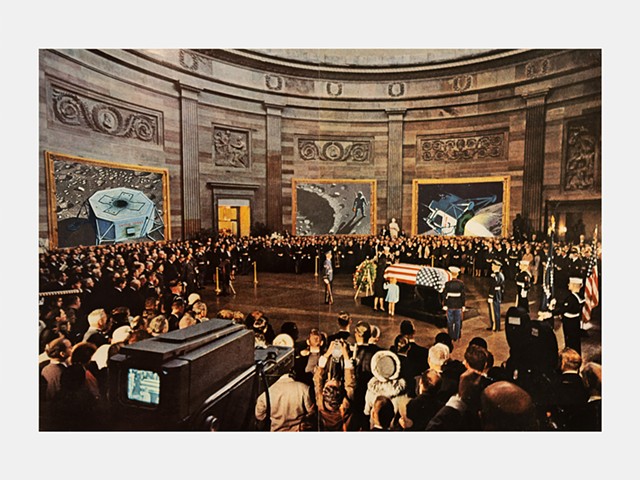 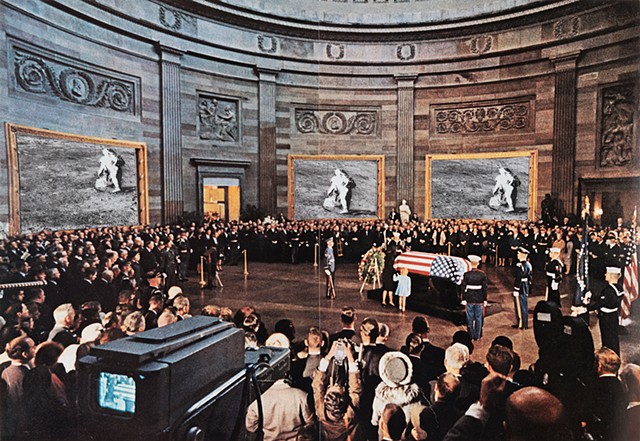 A series of collages on pages from National Geographic (March, 1964). The series began in 2016. JFK's assassination was an early memory of mine of an important event in the news. The original photograph, from the Capitol rotunda, showed JFk's bier surrounded by people and history paintings. I cut out the paintings and inserted images of the mourners as if they were mirrored reflections. In other works images from the Apollo space program are inserted.